VA Shiva’s flight from India was brutal to himself and his entire family. After having received threats to his life, told that he would be incarcerated, for the crime of writing an honest report, he literally left carrying just a bottle of water, his passport and wallet.

The first leg of the journey was within India with the danger that he might be spotted anywhere and detained by the “authorities”. He had to undertake an arduous and tiring 32 hour trip by rail, fraught with danger from New Delhi to reach a small, nondescript town called Siliguri in the Darjeeling district of West Bengal, near the Nepal border.

From Siliguri, he had to cross the international boundary into Nepal without raising an alarm on the India side. Once he was inside Nepal, he was relatively safe but still danger could raise its head because of the country’s proximity to India and the close ties between India and Nepal. From the Nepal border, Shiva managed to reach Kathmandu, the country’s capital in a small plane crossing nearby the Himalayas.

From Kathmandu, Shiva took a flight to Qatar in the Middle East. From Qatar, he had to take another flight to Frankfurt in Germany. Finally, he was on the home leg of his journey when he took another flight to the US. Notwithstanding the difficult and often dangerous conditions, he finally got home, where he decided he would spend his time and energy to fuel innovation without the fetters of bureaucracy and corruption. 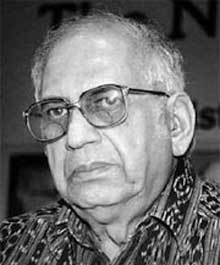 Dr. P. M. Bhargava, India’s Leading Biologist and founder-director of the Centre for Cellular and Molecular Biology (CCMB), who wrote a letter to the Prime Minister of India, Dr. Manmohan Singh expressng his support for Dr. VA Shiva Ayyadurai.

Report on CSIR by VA Shiva

CSIR-Tech: Path Forward – The report that got Dr. VA Shiva in trouble. 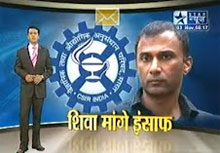 VA Shiva featured on STAR News where he was interviewed about the trouble at CSIR. 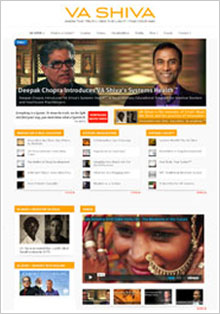 Visit VA Shiva’s website to learn all about this multifaceted personality.

Article in Hindustan Times on VA Shiva: Hired from the US, Fired in Five Months.